Sixfold increase of tool life with the right coolant

The optimization of tool life (and thus costs) was the main objective of tool manufacturer Ifanger AG when the company began its collaboration with Blaser Swisslube in 2017. Following a detailed analysis, the production was changed over to B-Cool—with excellent results.

Sixfold increase of tool life with the right coolant

Under the brand names of Ifanger, Randag and MicroTurn, Ifanger AG (based in Uster in the Canton of Zurich) develops, manufactures and sells cutting tools throughout the world. The company, established in 1917, also distributes drill chucks, clamps and tools made of high-speed steel and carbide.

The entire tool production in Uster is supported by multiple CNC-controlled machining centers, which require the use of water-miscible metalworking fluids. In 2017, Ifanger AG’s heads of production approached the specialists from Blaser Swisslube. “The tool life was insufficient, and the short emulsion service life forced us to change the fluid on a regular basis,” Stephan Spuler, Ifanger’s CEO, explains.

Together with Ifanger’s experts, Blaser’s appointed application engineer analyzed the production processes, as well as the materials and tools used. Furthermore, the preparation water was analyzed in Blaser’s laboratory, as the water quality can have a crucial effect in regards to the performance of a metalworking fluid.

After evaluating all factors, Blaser’s experts recommended B-Cool 755, a high-performance and low-foaming metalworking fluid containing mineral oil. An initial test phase immediately showed positive results: The machine users noticed that not only was the odor quite pleasant but also that there was no longer any foaming or metalworking fluid residues.

A Milestone for Tool Life

The new metalworking fluid proved to be a long-term success in the production halls. “The biggest production downtimes in our production were caused by tool breakages of blind hole taps. The tool life per tap wasn’t very high—only about 50 pieces. By using Blaser’s metalworking fluid, the tool life of the tap was increased sixfold to 300 pieces. This has an enormous effect on productivity and machine efficiency,” CEO Stephan Spuler happily reports.

After that, Ifanger’s managers had multiple machining centers filled with B-Cool 755. The emulsion service life is about two years. Mr. Spuler states: “With Blaser’s Liquid Tool, we were able to achieve excellent results!”

When the Blaser Productivity Trophy was being awarded, Ifanger’s CEO Stephan Spuler emphasized not only the impressive product but also the flexibility and the close cooperation with Blaser Swisslube, telling a story to illustrate the point. One Friday in summer 2018, Ifanger suffered a leak during production. Metalworking fluid was leaking, but Blaser Swisslube managed to provide new metalworking fluid on very short notice, dispose of the fluid that had leaked and refill the machines. Ifanger’s production resumed within 24 hours, meaning that the company managed to carry out all scheduled deliveries.

Mr. Spuler says: “We really appreciate Blaser Swisslube as an expert on metalworking fluids and as a reliable partner. We were immensely impressed by our close cooperation.” 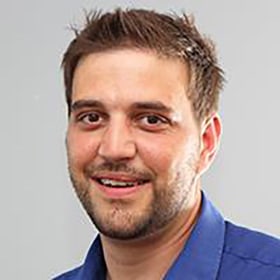