When the Fehlmann Versa 825 was purchased, future automation had already been considered. An EROWA Robot Dynamic 150 Linear now operates the Fehlmann 5-axis milling center at Helfenstein AG. The system is space-saving and the integration of the robot took place without any problems.

Small, precise and highly specialized – the perfect description of Helfenstein Mechanik AG, based in Alpnach in Central Switzerland. There are only five people in the motivated and highly qualified team working with company founder Reto Helfenstein. Its regular customers include internationally recognized Swiss companies.

With know-how and delight when it comes to challenges in equal measure, Reto Helfenstein specializes in the production of demanding and complex workpieces in prototype or small series runs. The latest highlight on the production floor is the Fehlmann Versa 825 5-axis milling center, automated with an EROWA Robot Dynamic 150 L since August 2017. “We’ve been using the Fehlmann Versa 825 since 2013,” says Reto Helfenstein, “and now we have automated it”. Cooperation between FEHLMANN and EROWA goes back more than ten years. “I really value our cooperation. We are both innovative Swiss companies with extremely high-quality products. The distances are short, people know each other, and if we need support or if a problem comes up, they are there for us immediately”.

The company already had an eye on automation in the future when it bought the Fehlmann Versa 825. Space conditions were among the major reasons for purchasing the EROWA Robot Dynamic 150L, as it has a very compact and space-saving production cell, even with the robot system. It is also possible, if required, to add another machine to the system. The robot was integrated without any problems. The order was placed in April 2017, the linear system was installed the following August and the automated system was soon fully operational.

“This automation step gives us a lot of advantages. The flexible, lean and extremely user-friendly loader turns the machine into a highly efficient production cell with the stamp of ‘Made in Switzerland’,” says Reto Helfenstein – who also benefited from advice from EROWA and Fehlmann before the system was introduced. “The flexible robot with mixed equipment options means better utilization of our powerful machine. We can generate more orders and then handle them too, but we can also diversify more,” he says. “We machine workpieces with machining times of up to three hours in a single setup too, including a lot of tool changes and demanding part shapes. Having the system operate autonomously really pays off. In particular, we can make full productive use of marginal working hours and the weekend unmanned. We also appreciate how extremely user-friendly and easy it is to operate the system”.

The choice in favor of the VERSA 825 was made at the time on the basis of several factors. “We have had the experiences with Fehlmann products for several years, so obviously Fehlmann was a contender for a new 5-axis machine. The key for us was then to get a flexible, powerful and high-precision machine with good access to the work area for the production of single parts – and which can also be optimally automated,” says Reto Helfenstein.

Jürg Solenthaler, Sales Manager at Fehlmann Switzerland: “The main spindle of the VERSA 825 also provides 20,000 rpm and 120 Nm torque, which means different materials can be machined, from aluminum through stainless steels to titanium.”

Alois Bättig, Sales Manager at EROWA Switzerland: “Using EROWA automation, the current system is ideally suited for the mixed production of singled parts and for automated series production. The EROWA Robot Dynamic 150 L gives you a lot of performance in a small space and can be adapted to each situation at any time and extended with modules.”

Reto Helfenstein is looking ahead: “Integrating a second production center may well be possible in the future, but we tend to think about steps like these thoroughly and sustainably.”

From aluminum to titanium

Since 2015, the company has proudly been a certified supplier to Pilatus Flugzeugwerke AG, Switzerland's most important aircraft manufacturer. Various components for the new PC-24 business jet come from Helfenstein Mechanik AG. Most of these components are made of aluminum alloys. As a light metal, aluminum has the perfect material properties for aircraft manufacturing, such as corrosion resistance and high strength at low weight. Other components are made of high-alloyed and tempered steels and from titanium.

“Our typical series of 20 to 30 units can be produced efficiently on the production cell. On average, we process two to three jobs a day,” explains Reto Helfenstein. “An EROWA UPC chuck on the Versa machine table gives us the precise workspace for fast and position-accurate switching of the palletized workpieces. As we have a pallet size of 320 x 320 mm, this is the ideal clamping surface for the various fixtures and workpieces”.

The fact that the robot transfers up to 150 kg and the workpiece magazines can accommodate different pallet sizes at any time if required is also ideal for the range of parts. The three magazines are currently configured for 30 UPC pallets. The integrated loading station transfers the prepared and palletized workpieces into the cell.

Manufacturing programs are created at Mastercam programming stations and managed in a central database. The Versa is networked with the whole system. The EROWA JMS 4.0 ProductionLine process control system then delivers a smooth production workflow on the machine. The software controls and monitors the machine and robot and manages the various jobs.

Reto Helfenstein already knew and worked with EROWA clamping systems before he founded his company in 2005. Since 2008, they have also been in use on his machines. “In addition to the UPC palletizing system on the Versa, we also work with the 148 diameter ITS and the 72 diameter holder for the EROWA system, depending on the size of the workpiece. We also moved to automated production at that point. We invested in a Fehlmann Picomax 60 HSC 5-axis milling center with integrated EROWA Robot Compact and EROWA PowerChuck P,” explains Reto Helfenstein. “We’re still using this combination. We manufacture components for the Lucerne watch company “ochs und junior” on the Picomax, as well as other parts”.

The concept behind these unique watches is that they require only very few components and still offer an impressive number of features. An impressive new design was developed with well-known and passionate watch designer Ludwig Oechslin – a perpetual calendar, which requires only nine additional parts.

Reto Helfenstein and his team are in their element. All the functional parts and the clasps and crowns of the perpetual calendar are produced by milling and turning. Working with great skill, the company has specialized in manufacturing these filigree and demanding parts with the very smallest machining tools with diameters well below one millimeter. The company also machines the dials.

During set-up, the brass blank to be machined is mounted on an EROWA size 72 holder with mounted fixture. Then the fixture is clamped to the EROWA PowerChuck P on the machine table in no time. The positioning accuracy of the fixture in the chuck is <0.002 mm.

The success is confirmed by long-term partnerships with demanding customers from medical technology, aerospace, gas detection, the watch-making industry, and machine building. The double strategy of Helfenstein Mechanik AG is, firstly, to occupy niches where complex and demanding parts are manufactured as prototypes or in small series in different materials, and, secondly, to introduce automation. Machine running times are significantly increased, flexibility is maintained and sufficient machine capacity is available to respond to urgent customer requests.

“But the human factor is always decisive,” says Reto Helfenstein. “We are fortunate to have outstanding and highly motivated employees who are also willing to work longer for an important or urgent job”. 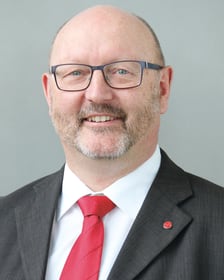