Tailor-made hearing aids thanks to VF-2SS from HAAS

GAES, a manufacturer of hearing aids, is always working to make them smaller, more discreet and more powerful. By investing in a VF-2SS CNC machining centre from HAAS, he can speed up the machining of complex precision parts and ensure more consistent quality.

From brass ear trumpets to cochlear implants, hearing devices have come a very long way. Spanish manufacturer GAES has been innovating for the last 60 years or so, and during that time it has applied all available technologies to make hearing aids smaller, less obtrusive and more effective. Its latest investment is a HAAS VF-2SS CNC machining centre.

Thanks to rising living standards people in developed nations are living longer, which is a good thing, of course. But ageing creates problems, not just for the aged but also for governments and the medical agencies charged with providing health care. In otherwise healthy individuals, faculties fade and organs begin to fail. Medical manufacturers with affordable, appropriate technologies have a growing market for devices that enhance and preserve a person’s quality of life for as long as possible.

GAES began almost by chance more than 60-years ago after its founder, Juan Gassó returned from a trip to London with a primitive hearing aid, brought home for a family friend. Inspired by the difference they could make, and fascinated by what at the time was cutting-edge technology, Juan began a business to import and distribute the devices. In those early years he did his sales rounds on a green, 1953 Ossa motorcycle, demonstrating his products to patients and potential customers the length and breadth of Spain.

Business was brisk and in 1958 Juan used his success to take the next, logical step and establish Microson SA, the first and only manufacturer of hearing aids in the country. As part of GAES, Microson was created to provide users with pocket-sized, analogue (transistor-based) devices, which are impressively small, even by today’s standards.

Nowadays, the size and output of the business belies its humble origins. Its vertical, 5-floor factory is located at a busy traffic junction in the enigmatically named 22@ area of Barcelona, where technology companies cluster amidst colourful apartment blocks and small coffee bars. The new headquarters was opened in 2010 and dedicated to its founder. In the window of the office foyer is his restored motorcycle: a monument to the man, his vision and his early endeavor. A long glass display along an adjacent wall shows the evolution of the GAES product over the decades. Fifty-years after Juan began importing and selling his range of devices, the global market for hearing aids is worth $5.4 billion annually and GAES is the leading hearing aid company in Spain. At this facility, in clean rooms and electronics labs, 130 employees produce more than 50,000 hearing aids, every year.

The new building is also home to the company’s HAAS machine: a VF2-SS Super Speed vertical machining center. Microson has a daily production target for its volume made products of 50-60 a day. The HAAS milling machine, however, is used in the production of custom products - bespoke devices that fit a users’ exact ear dimensions.

“The process starts when one of our hearing centres sends us a patient’s ear print,” explains Mr. Sergio Pavon, R&D technical assistant. “This is a 3D negative of the ear canal, created using a type of resin. We then scan the negative form and obtain a 3D file in our CADCAM system, which we then use to programme the HAAS machine. Now that we have the HAAS we can go from order to delivery of custom devices within 3-4 days. It has allowed us to take control of the entire manufacturing process.”

As well reducing the time to make a new part, the HAAS has also permitted better product uniformity.

“In the old days, before computerised manufacturing technology, you could easily identify which device had been made by which of our craftsman,” say Mr. Pavon. “Now, 3D printing has helped standardise the final appearance of hearing instruments and that has improved the quality and reduced the amount of scrap.

“The HAAS was installed in 2013. Initially, the goal was to acquire a good quality machine that was accurate and user-friendly. It’s simple and intuitive, which makes for a very quick implementation time; you don’t need much training to become a competent machinist. The speed, accuracy and precision are all very good, as is the versatility – it’s easy to change application.”

Although the VF2-SS is used for many day-to-day component machining tasks - cutting steel, aluminium and plastic, it’s used mainly for the machining of moulds. These in turn are used to produce very delicate and small parts used within the company’s hearing devices, by means of conventional injection molding and special, heat-less ultrasound injection machines.

The ultrasound method was introduced initially to produce a tiny plastic circular part, which has a membrane mesh that stretches across the microphone part of the hearing aid to protect against wind, water and dust. “The component demands the use of very expensive plastic,” says Mr. Pavon. “It must be non-allergenic and comply with certain health industry directives. Conventional molding was leading to high scrap rates as the part would be damaged by the inherent heat of the process.”

With the company’s specially designed ultrasound machine there is no heat. Instead, an electrode vibrates 30,000 times every second to liquefy the resin. The company uses this machine to develop and make the inner ear canal fitting and filter. The electrodes produced for the ultrasound machine are also machined using the VF2-SS, which runs largely unsupervised across two shifts, every day.

Mr. Ivan Jimenez, machine shop manager, explains the process the company used to select the right make and model of machine from a number of different options.

“When looking for a new machine, the first thing we do is complete a verification report in which the supplier, in this case HAAS, fills in a series of requirements with which we need the machine to comply,” he explains “Using this evaluation method we complete a spreadsheet in which we start to award marks to each machine. We continue this process until we are satisfied that the decision for purchase is based on completely objective factors such as rpm, power, accuracy and repeatability, rather than subjective factors such as visual appearance.”

“Actually it was quite a hard decision,” adds Lluis Gómez, director of the Microson product. “Ultimately it was made based on the relationship of price and quality, although the delivery date was also very important. However, we are very satisfied with the HAAS technology, which has allowed us to accelerate the machining of delicate and high precision parts.”

In 2008, GAES founder Juan Gassó passed away. At the time of his death, the company had opened more than 500 hearing centres worldwide. GAES now has offices in Portugal, Turkey, Chile and Argentina, serving over 500,000 customers. The company’s success owes a great deal to its tireless founder and his faith in technology. GAES products today are discreet, digital devices that help more people than ever to lead a safer, happier and overall better quality life. That’s an impressive legacy for a salesman who started his business from the back of a little green motorcycle. 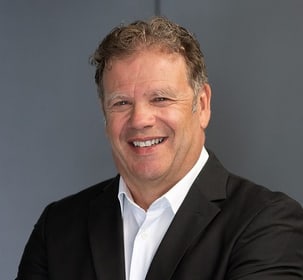